Since publishing 7 Things that positive leaders do, weâ€™ve been asked, but what donâ€™t they do? Reading through this article, you will be able to self-assess. Are you really a positive leader, or do you just think you are? Read on to find out.

When you focus on the things that go wrong, you are training yourself – and those around you – to do more of what goes wrong. And yet, thatâ€™s not the way that we are wired.

Kim Cameron, author of Positive Leadership, explains why in the video below. He gives us an example of just one study in which a group of 10-pin bowlers were offered $1000 to improve their scores within 30 days. Before they began, everyone went and bowled 3 games to get a baseline. They were filmed for this baseline.

Thirty days later, the ones who won the money were those who watched themselves making strikes. This improvement occurred even without those people practising any more than usual!

The reason why is The Heliotropic Effect. This effect is your ingrained tendency to learn more from positive things. Watch the video for more detail:

2. Positive leaders are not inconsistent.

We have all experienced that leader in a dark mood that we avoid like the plague. Some of us have had experiences of watching for the moods of a leader before approaching them for a decision.

A positive leader doesnâ€™t get moody. He or she has consistent moods and doesn’t allow the way that they feel to influence how they make decisions. They do this because they have a set of demonstrated values on which they base their decisions.

3. Positive leaders donâ€™t do the work for you.

Are you a micro-manager? Do you prefer to do the work because youâ€™re quicker, better, or more efficient? If you said yes, then Iâ€™m sorry to tell you that you are not a positive leader.

Positive leaders choose to delegate according to the strengths of others. Rather than doing the work, they choose to provide coaching and development so that their team members are confident and capable.

In other words, positive leaders donâ€™t set people up for failure. Instead, they trust in their team membersâ€™ abilities to do the work. Then they give them the opportunity to succeed.

Everyone in your organisation is different, and everyone has different strengths, capabilities, and interests. A person who is not a positive leader tends not to recognise this, and instead expects the same of everyone.

A positive leader, on the other hand, will re-negotiate role expectations depending on both the strengths of the person, and the personâ€™s developmental needs. Â They are leaders who are flexible with tasks, while ensuring that key goals and result areas are still being met. 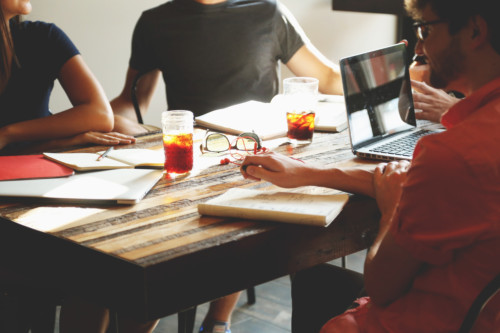 They are less confronting, and sometimes easier to run, but group meetings donâ€™t allow for meaningful forward-feedback, or dedicated coaching time.

Positive leaders know that informal, 1:1 meetings are just as important as team meetings. Positive leaders hold 1:1 meetings every month, giving their team members time to reflect. They use the time to feed forwards, to seed development, rather than always feeding backwards.

This attitude of discussing what is happening next is one of the ways in which positive leaders create inclusive, supportive environments.

In a culture of positive leadership, behaviour that impacts on relationships isnâ€™t ignored in the hope that it will go away. It isnâ€™t put into the â€˜too hardâ€™ basket.

Changes in behaviour, especially behaviour that impacts on the emotions of others, is called out by positive leaders. They will express their concern, acknowledge the emotions at play, and encourage the resolution of conflict.

How did you score?

The best way to objectively discover whether you are a positive leader is to get your team to rate you, rather than to rate yourself. At Training x Design, we specialise in helping organisations to measure, create, and sustain a culture of positive leadership. 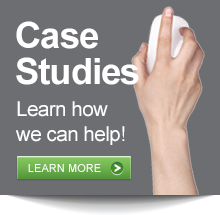